Summer Institute at The Baldwin School of Puerto Rico

Exploring Washington DC with the Close Up Foundation 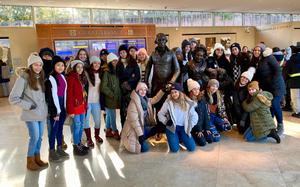 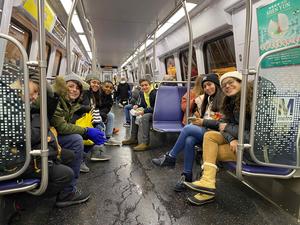 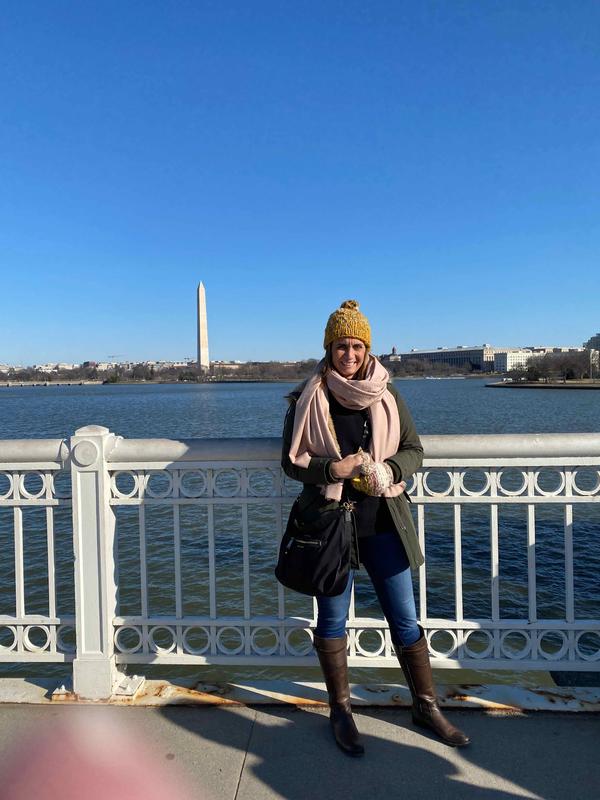 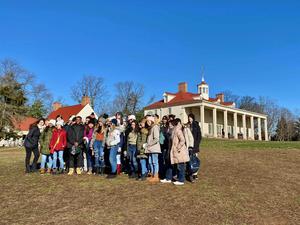 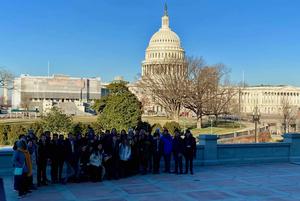 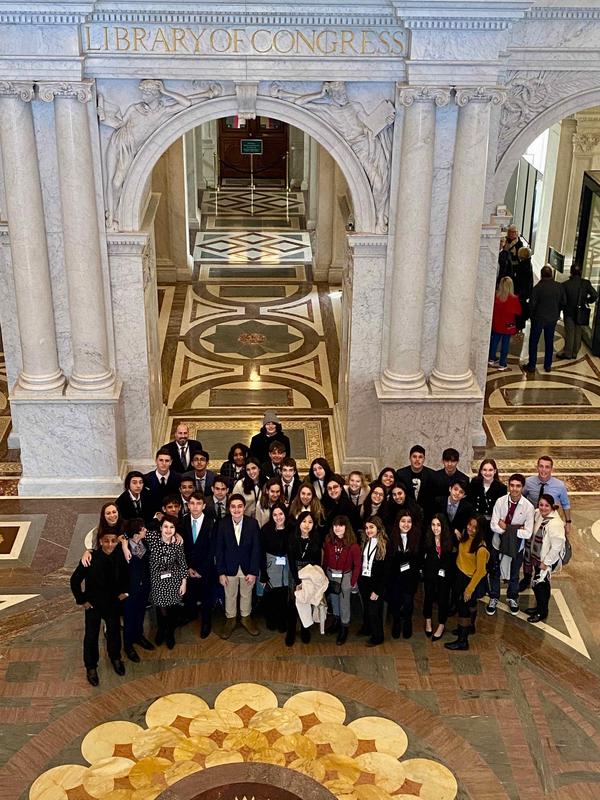 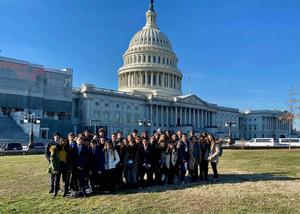 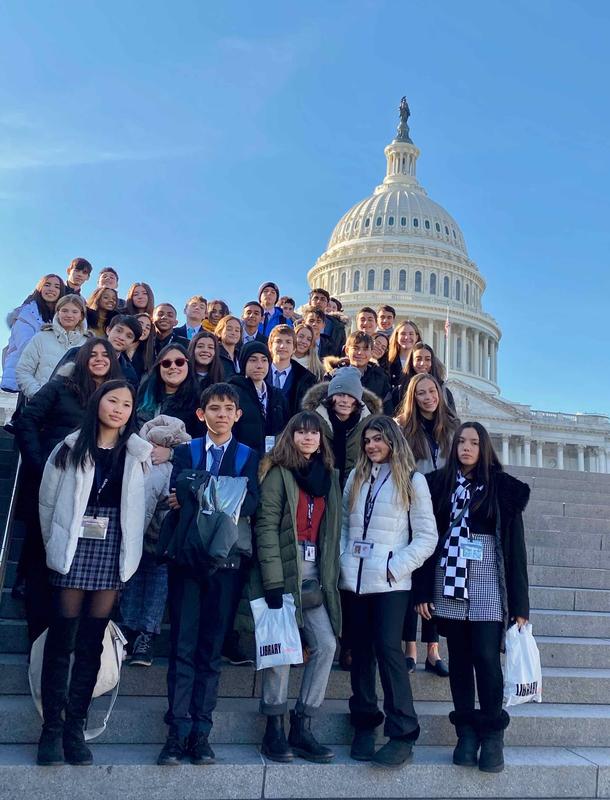 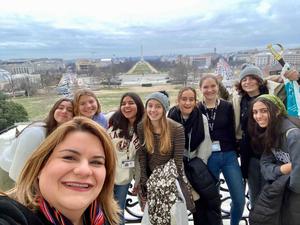 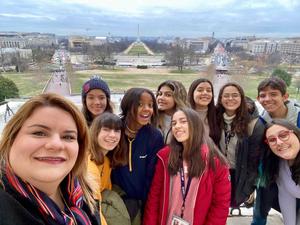 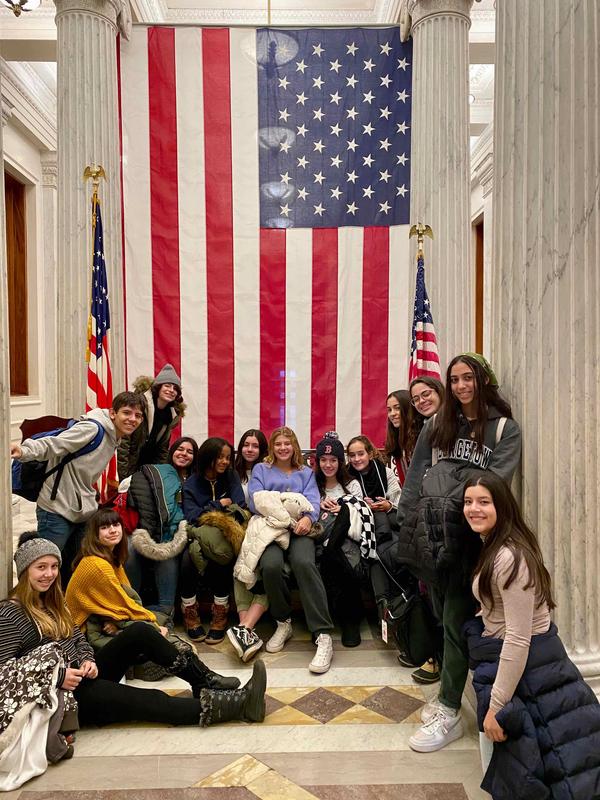 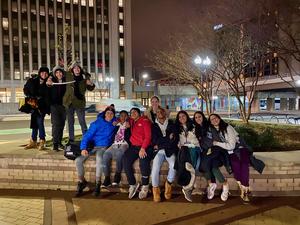 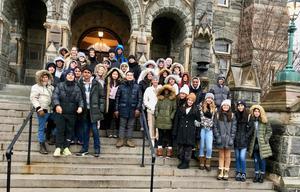 The group awoke early on Sunday and departed for Mt. Vernon, the colonial-era plantation of George Washington. Students not only learned how the wealthy Virginia planter class lived, but visited slave quarters and a slave burial ground. A highlight was listening to “Martha Washington” tell stories of her time as the lady of the plantation.

On Sunday evening Baldwin students were put grouped with students from all over the United States under a CloseUp workshop leader. Students began discussing controversial issues such as immigration and gun control, learning how liberal and conservative sides see and frame the issues.

Monday morning the students set out to visit the Jefferson, FDR, and MLK monuments, and discuss in their workshops the role government and the citizen in a democracy, and in the evening they further discussed liberal and conservative ideas about the scope and purpose of government. On Tuesday students visited the war memorials and debated the criteria for a just war, followed by an evening mock congress to learn how the US government functions.

On Wednesday Baldwin students went with their teachers to Capitol Hill, where they enjoyed a personal tour of the Library of Congress. After eating lunch at the Jefferson Library the group met with a representative of Commissioner Jenniffer Gonzalez to ask questions about Puerto Rican politics and the statehood debate. The afternoon ended with a tour of the Capitol itself, followed by an evening of theatre.

On Thursday students set out once again to explore a neighborhood of Washington, DC and took in a side trip to the Smithsonian and the National Mall. In the evening the student program closed with a banquet and dance.

Friday morning the Baldwin group set out to explore the Holocaust museum and the National Museum of African American History. Undaunted by the tens of thousands of National Right to Life Marchers, the group spent the afternoon on the National Mall before meeting with Jenniffer Gonzalez on the floor of the House of Representatives. In addition to taking in exceptional views of DC from the private Speaker’s Balcony, the team sat in the leather-backed chairs of the House itself while talking to the Commissioner. The evening concluded with some fun as several members of the team rented scooters and toured the monuments of the National Mall by moonlight.

For over fifty years the non-partisan CloseUp Foundation has used Washington, DC as a living classroom to teach civic engagement, bringing together students from all across the United States and its territories. Baldwin intends to return to DC in January of 2021 to celebrate the inauguration of the newly-elected president.