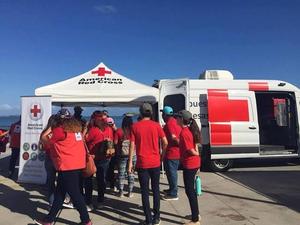 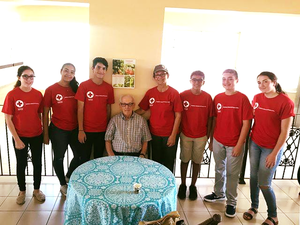 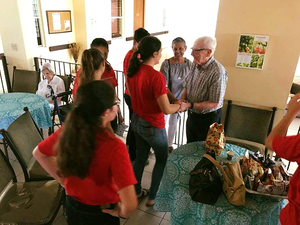 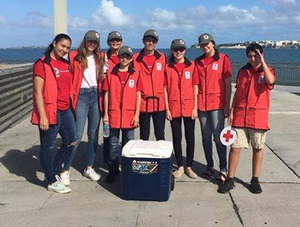 Baldwin's American Red Cross Club participated in two very special events to commemorate Veterans Day.
First, the Club helped served water and other refreshments to veterans, and other distinguished guests, who attended the official activities for Veterans Day at Frente Marítimo de Cataño.
Later, they visited Veteran Miguel Piñeiro at El Hogar Plenitud Dorada in San Juan. Mr. Piñeiro was a member of the 65th Infantry Regiment, nicknamed “The Borinqueneers". The 65th Infantry Regiment participated in World War I, World War II, the Korean War, among others. On April 13, 2016, the 65th Infantry was awarded the Congressional Gold Medal. During their visit, Mr. Piñeiro spoke about the history of the Borinqueneers, and shared his experiences. The students asked many questions and our war hero gave them advice on how to be successful in life and overcome challenges: be disciplined, respectful, honorable and always stay positive during adversities. Thanks to everyone who participated, and for their support!!
Print